Author Admin
Thousands of Googlers, Gayglers (LGBT Googlers), and their families and friends took to the streets last month to participate in Pride parades and celebrations around the globe. Pride had a special buzz this year, as DOMA and Prop 8 were struck down by the Supreme Court three days before the parades, marking an important step toward equal rights for all.

We supported our fellow Gayglers and others around the world with recording-breaking attendance at parades in San Francisco (well over 1300 Googlers and allies) and New York (500+ participants). In other parts of the world, we marched in celebrations in London, Budapest, Dublin, Tel Aviv, and Tokyo Rainbow Week 2013. We floated along the canals in Amsterdam Pride parade, marched in the Mardi Gras parade in Sydney and will gather in Hong Lim park for Singapore's 3rd annual Pink Dot celebration. 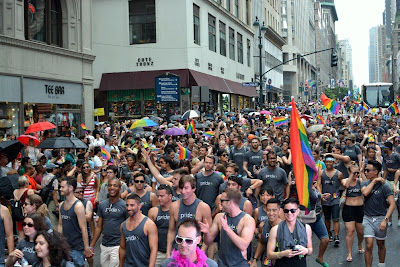 New York Pride Parade
We had some big firsts this year all around the world as well: 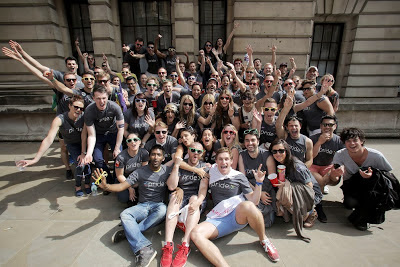 London Gayglers
Our LGBT efforts are not just once a year during Pride, either. Earlier this year, we worked with Creative Lab to create a grassroots employee video for TheFour.com, an organization supporting marriage equality in the four U.S. states where it was on the ballot this past year. Google also co-wrote an article to the United States Supreme Court explaining why Gay Marriage is Good for Business. We supported the citizens of France by hosting marriage ceremonies over Hangouts and we recently launched a YouTube Spotlight Channel and campaign, #ProudtoLove, dedicated to celebrating LGBT Pride.

We’re proud of all our Googlers and excited about what was accomplished this year! We’re glad to have ended Pride month on such an inspiring note of equality. For more photos, click here.