Author Admin
My friends and I used to play videogames all the time, squashed together on the couch, engaged in structured intellectual discourse about exactly how badly we were going to destroy each other. Now that we live spread out around the world, it’s a bit harder to dance in each other’s faces and yell “booyah!” every time we win a game. Enter: Cube Slam. 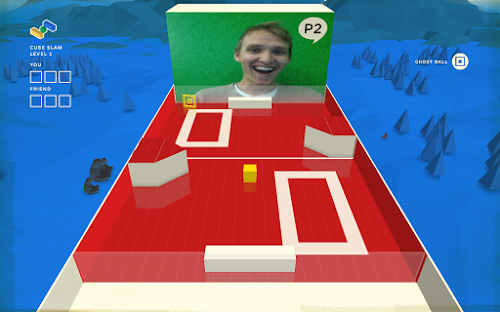 Cube Slam is a video game that you can play face-to-face against your friends. It’s a Chrome Experiment built using WebRTC, an open web technology that lets you video chat right in the browser without installing any plug-ins. That means you can quickly and easily play Cube Slam with your friends, no matter where they are in the world, just by sharing a link.

To win Cube Slam, hit the cube against your friend’s screen three times until the screen explodes. Shields, obstacles, and gravity fields change with every new level, and you can unlock power-ups including fireballs, lasers, multi-balls, mirrored controls, bulletproof shields, fog, ghost balls, time bombs, resized paddles, extra lives and death balls––though you might want to avoid the death balls. If none of your friends are online, you can always play against Bob the Bear and see what level you can reach. If you install the Cube Slam app, you can even play Bob when you’re offline. 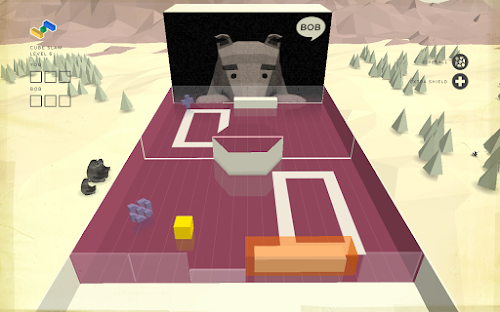 Cube Slam’s graphics are rendered in WebGL and CSS 3D, and its custom soundtrack is delivered dynamically through Web Audio. WebRTC, which enables the two-person game, is available on desktop Chrome and Chrome OS, and will be available on mobile later this year. In the meantime, you can play Cube Slam against Bob the Bear on your phone or tablet. To learn more about what’s going on under the hood, see our technology page and Chromium blog post.

Play a friend. Play a bear. Have fun!