Author Admin
Our sixth annual Google Summer of Code program has wrapped up and we want to highlight some of this year’s amazing participants and projects. Summer of Code offers students developers all over the world the chance to get paid to write code for open source projects as an alternative to a summer job.

Kicked off in 2005, the Summer of Code has brought together more than 3,400 students with more than 200 open source projects from all over the world to create millions of lines of code. We work with several open source, free software and technology-related groups to identify and fund projects through three months of coding.

There was some really awesome work done by more than 1,000 students from 69 countries in this year’s Summer of Code. Of those students, 6.5 percent were women representing 23 countries—six times higher than the estimated proportion of women in the open source community. Here are just a few of the women:

25 reference manuals in her purse
Ann Marie Horcher, an information systems security Ph.D. candidate at Nova Southeastern University was mentored by Docbook.org. Ann Marie worked over the summer to create an application that transformed a docbook file to epub format used in ebook readers such as the Amazon Kindle, the Barnes and Noble Nook and the iPad. As a result of Ann Marie’s project, it’s now easier to move technical documentation to a portable format so she “can carry my 25 reference manuals for my project with me in my purse.” And now, so can everyone else.

Check out Ann Marie’s YouTube video illustrating her work and its results here.

Geophylogenies now displayed on Google Earth
Kathryn Iverson, a University of Michigan bioinformatics graduate student was mentored by National Evolutionary Biology Synthesis Center and wrote a library implemented in Java with KML to build geophylogenies—geographical evolutionary histories of organisms. She told us: "Since I was starting from scratch it was up to me to decide in what direction I should move the project and make decisions about everything from what input filetypes to support to the color and size of the geophylogenies when they are displayed in Google Earth." 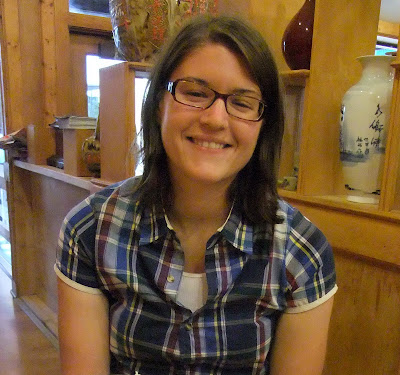 When asked about her key takeaways, she said, "Working remotely required me to be clear and verbose about what I needed because with the time difference (my mentor was on the other side of the globe), I may not get a response until the next day, which can slow down work tremendously if you're not clear in asking your questions."

Bridesmaid brings word tag clouds to biological networks
Layla Oesper, a Brown University computer science Ph.D. candidate mentored by Cytoscape, was attracted to Summer of Code because she was looking for a summer job that would give her the flexibility to work and still participate in two weddings. Layla built a plugin for Cytoscape that would allow people to create word tag clouds from biological networks they’d already created in Cytoscape, giving users a visual semantic summary of a biological network. The final product has all sorts of configurable features, including the ability to cluster together words that appear near each other in the original network in the order in which the words appear.

Check out what Layla learned during her Summer of Code experience on YouTube.

Drupal gets more content management friendly
Emily Brand, a computer science graduate student from Loyola University Chicago, was mentored by Drupal.org, an open source content management platform. During her summer, she worked on QueryPath—an essential part of the Drupal and PHP communities. Her goal was to keep and increase Drupal’s popularity by making it a go-to content management system for websites focused on web services using PHP. You can find out more about this year’s program and projects on the Open Source Blog, and if you’re in college looking to write some open source code, we hope we’ll see you next summer.