Author Admin
Pssst! We’ve got a surprise — we want to give you a sneak peek to videos on YouTube.

Years ago we created a way to link to a certain moment on a video, which let you find, share and comment on just your favorite parts. Now we’re expanding that control even more. Over the coming weeks, you’ll be able to see an image preview or a series of thumbnails with three new features on our video player. So whether you’re sneaking a peek ahead, scanning backwards, or using a thumbnail to find where you stopped watching a video, you’ll soon have three options to instantly look through YouTube videos. Here’s how each works:

Taking a sneak peek
So excited (or maybe so scared) that you want to find what happens later in the video? Hover your mouse over the seek bar and a thumbnail of that moment will appear, and you can click to start watching from that moment. 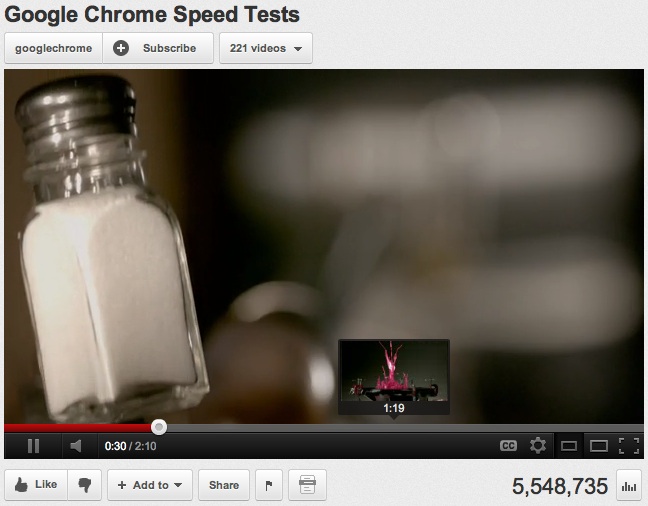 Scanning through thumbnails
Let’s say you started a video but had to come back and finish it later. You thought you were the middle of the video when main character looks dramatically into the camera, or maybe it was the shocking look from the supporting character a few seconds ago. Now you can drag the handle along the seek bar to show a filmstrip of thumbnails of previous and upcoming scenes. 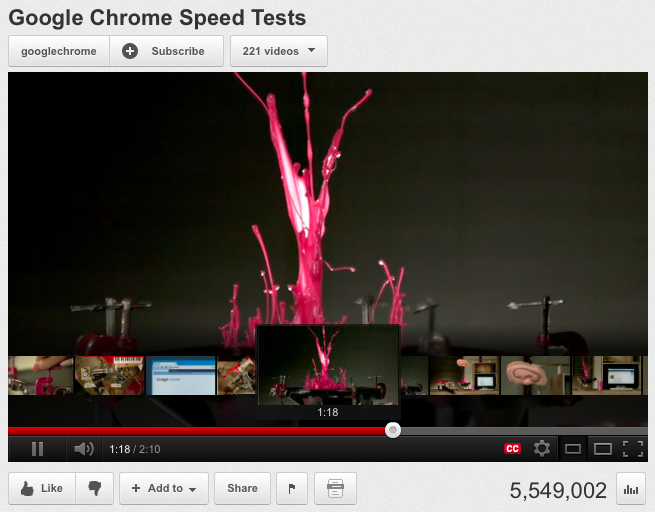 Zooming in on long videos
If you’re watching a video that’s longer than 90 minutes, like one of the growing list of movies on YouTube, you’ll see an added feature that lets you zoom in on the seek bar, one and a half minutes at a time. This second bar that appears gives you more granularity for finding that exact moment you want on a long video. Check out Life in a Day to see how it works. 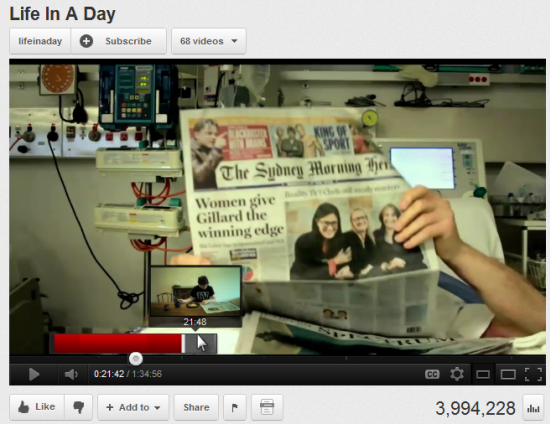 With an hour of video uploaded to YouTube every second, we’ve got a lot of sneak peeks to get ready on YouTube, and not every video will have this feature available at launch. Let us know what you think as you start seeing these features around the site.

Author Admin
This is part of an ongoing series sharing tips from the YouTube Creator Playbook, a resource of best practices and tips you can start using on your channel and videos right away. As we move along in this series, some posts will be focused for more advanced YouTubers or YouTube Partners, like this week’s tip.

With YouTube seeing 48 hours of video uploaded every minute, it’s important to think how you can get your content seen by your regular and new viewers. In many cases, thumbnails are the first point of contact for your channel and a relevant thumbnail can make the difference for someone about to watch your (awesome) content.

Thumbnail Basics
During the upload process you have the opportunity to pick one of three frames from your video, or to upload a custom image file. For either option some basic best-practices can be applied:

1. Your thumbnail should look good, either scaled small or large

TMZ (entertainment)
3. For channels with the ability to upload custom thumbnails, upload a high quality image

vsauce (multiple genres)
Thumbnail Placement
Thumbnails for your videos, playlists and even your channel are used throughout YouTube to promote your content. Some common placements for thumbnails are in search results, along the far right column of your video’s Watch Page, on your Channel page, and in the video player after a video stops playing (the video’s end card). Through these placements viewers can discover your videos, playlists, and channels.

You also should try YouTube Analytics to understand and measure the impact of these tips, and to learn more about thumbnail optimizations and other tips, check out the YouTube Creator Playbook.