Since we announced the Fox News/Google Debate on September 1, people across the country have submitted more than 18,000 questions to the Fox News YouTube channel on topics ranging from immigration reform, to health care, to foreign aid to social security. Tonight, the Republican presidential candidates will answer those questions in the Fox News/Google Debate, which will be live-streamed on YouTube and broadcast on Fox News Channel starting at 9pm ET. We’ll also have an online pre-debate show starting at 8:30pm ET, featuring Fox News’s Shannon Bream and Chris Stirewalt, and Steve Grove, YouTube’s Head of News and Politics.

Even if you’re watching on TV, you can visit youtube.com/foxnews during the debate to vote on real-time polling questions and submit live commentary. Throughout the evening, we’ll share Google politics-related search trend information and public data that will provide context to the issues discussed. Fox News moderators will ask specific questions that were submitted by citizens through YouTube, and we’ll be looking at overall trends that emerge from the questions in aggregate. To give you an idea, here’s a look at the most popular words people used in their submissions (the bigger the word, the more often it was used) 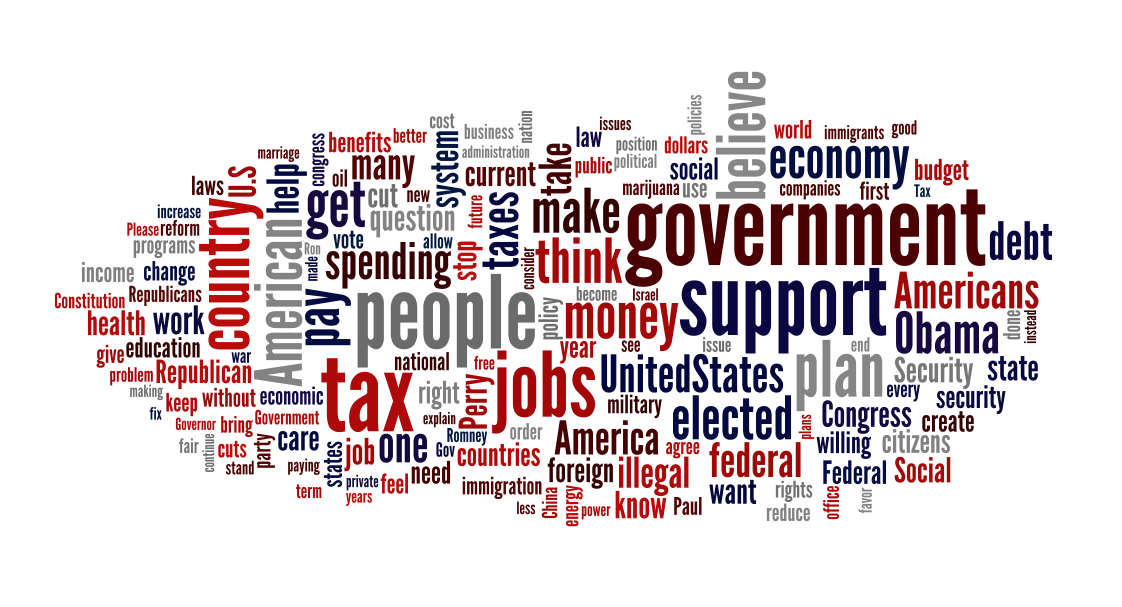 Flex your democratic muscle and tune in to youtube.com/foxnews tonight at 8:30pm ET for a political debate that puts you in the driver’s seat of the discussion.